The coast redwood forests (Sequoia sempervirens) of northern California once covered over two million acres. Due to 150 years of logging, only 4% of the original forest remains, mostly protected by California State Parks and the National Park Service. The canopy of these old-growth forests—hundreds of feet above the ground—shelters an ecosystem found nowhere else in the world. Humans have walked through the redwood forest for millennia, but we first journeyed into the redwood canopy mere decades ago. Recent advances in climbing technology enable canopy researchers to safely access the highest reaches of the redwood treetops without damaging the trees. Scientists study the redwood canopy to understand their complexity and to gauge the impacts of climate change. Due to their fragility and in order to protect rare wildlife, redwood canopies are off-limits to all except scientists with valid research permits. Climbing redwood trees is illegal in both California State Parks and U.S. National Parks. Ancient redwood canopies provide refuge to many plants and animals which rarely touch the ground, from flying squirrels and the elusive wandering salamander, to endangered marbled murrelets and northern spotted owls. Due to centuries of accumulated soils, entire forests of trees, bushes, and ferns sprout from their massive limbs. Although this fragile ecosystem is threatened by climate change, redwoods can play a key role in combating climate impacts by removing carbon from the atmosphere and storing it in their wood. Ancient coast redwood forests store more carbon per acre than any other forest in the world. Protecting old-growth forests—including ancient redwoods—must be part of any plan to solve the climate crises. Redwoods have been around for a long time. Over 200 million years ago they covered much of the northern hemisphere of the earth. Today, coast redwoods only live in one place: along the coast of California from Big Sur to a small grove just north of the Oregon border. With the help of the Redwood Canopy app, they now also exist wherever you go! 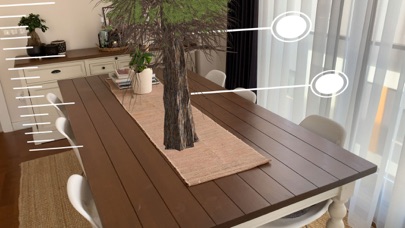 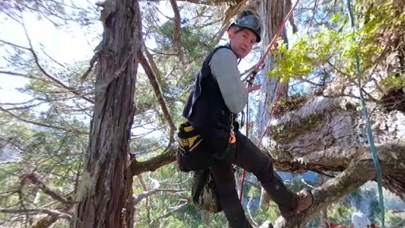 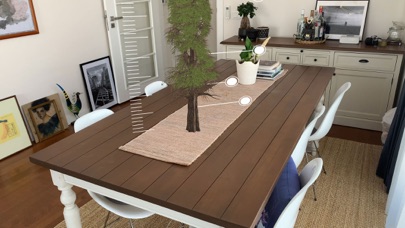 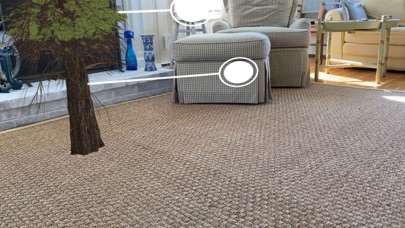