Soundboard Studio is the professional and smart sound playback app, perfect for for music, sound effects, voiceovers, pads, soundbites or anything else! This app offers the same extra features as the Pro upgrade in Soundboard Studio as a standalone App Store purchase instead of an in-app purchase. Soundboard Studio is designed for playing ad-lib sounds and music, with its large grid of buttons for each of your tracks. You can customise the layout, colours and detailed settings for all of your tracks. Make the PERFECT soundboard for your show, studio or event! Soundboard Studio is the fully featured soundboard solution for iOS, with all of the reliable pro tools you need for a great show. For years, Soundboard Studio has been the app of choice for many pro podcasters, studios, event venues and more. Here's just a few of their thoughts: • “For the price it knocks everything else out of the ring that compares to work on a tablet or laptop.” • “For me, this is the best of any program out there, and I’ve tried a lot.” • “My worship Live looping is in a whole new Level! Thank you guys!” • “This app is professional grade and made for—you guessed it—professionals! You won't regret this investment.” • “Podcasters, look no further: This is your soundboard app!” • “This is for serious professionals, so if that's you, add this app to your arsenal immediately.” Top Features: • Play multiple tracks simultaneously • Set tracks to fade in and/or fade out • Set individual volume levels for each track • Trim the start and end of individual tracks • Program smart Track Automations to trigger events such as playing other tracks, or changing other track volumes • Set tracks to automatically play the next adjacent track when they reaches their end • Background audio playback: Your tracks will continue playing when you close the app • Monitor and control multiple playing tracks • Add images to your tracks to make them instantly recognisable • Create multiple 'Boards' of tracks and quickly navigate between them • Assign default track settings to apply to all newly imported tracks • Import tracks from the Music library on your device • Import audio files from your favourite apps and services like Dropbox, Google Drive, iCloud Drive and more via the Files app • Use iTunes File Sharing to import files directly from your computer • Drag & drop support – Drag any compatible audio files into Soundboard Studio to quickly import them as tracks • Connect your device to an external display and chose from three realtime visualisers fo your sound • See which tracks you have already played • Low latency playback using the power and simplicity of iOS What's New in Soundboard Studio 2? • Create unlimited boards • Colours! Select from 6 colours for your tracks and boards • Collapsible view of all playing tracks for better control • Easier drag & drop track arrangement • Move tracks between boards • Import multiple files at once from the Files app • iPad split-screen multitasking support • iPad slide-over multitasking support Soundboard Studio was designed to be perfect for... • Podcasts • Events • Live theatre • Church services • Workshops • Voice presenters • Wedding planners • Choreographers • Stage Managers • Magicians • Puppeteers • Dance recitals No other soundboard app comes close to the versatility, usability and experience of using Soundboard Studio. 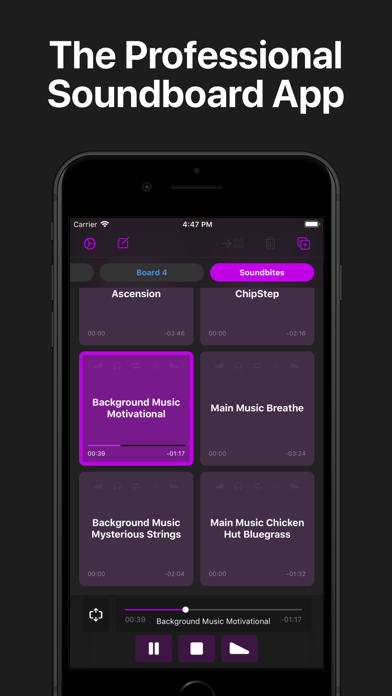 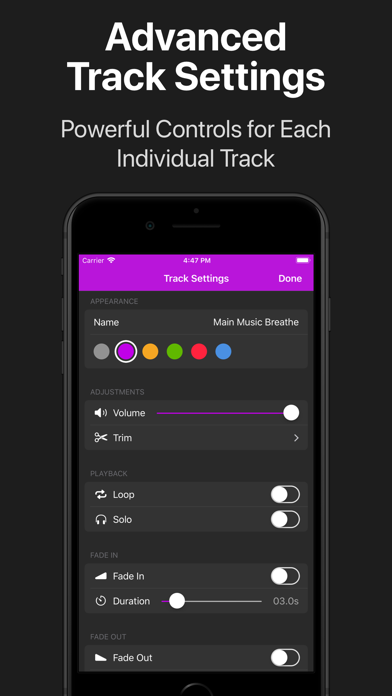 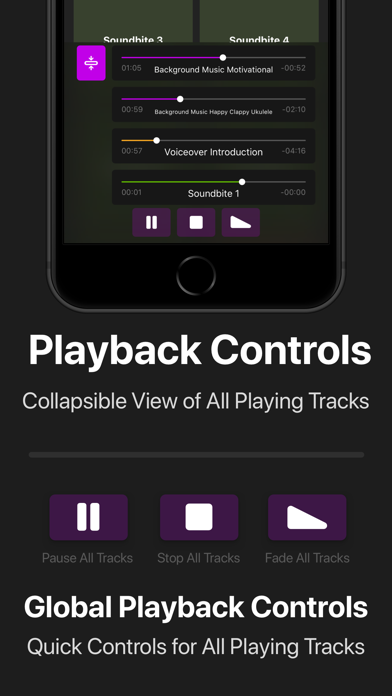 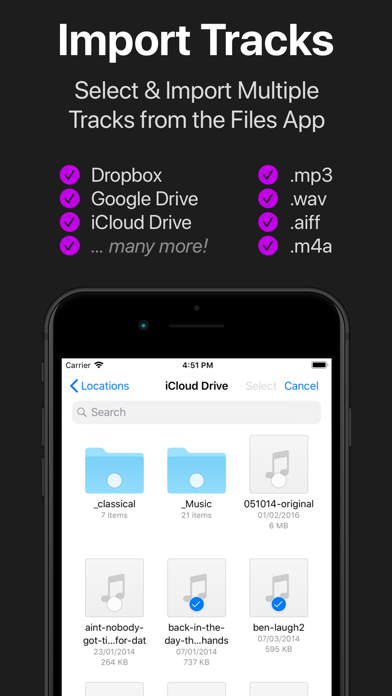 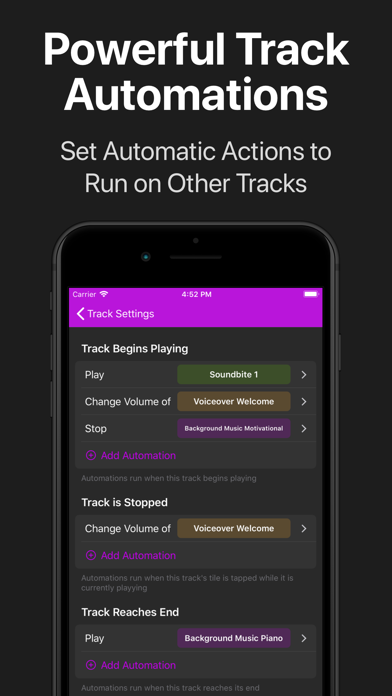 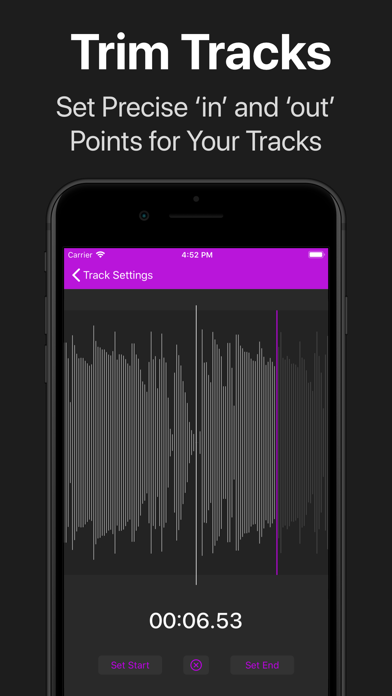 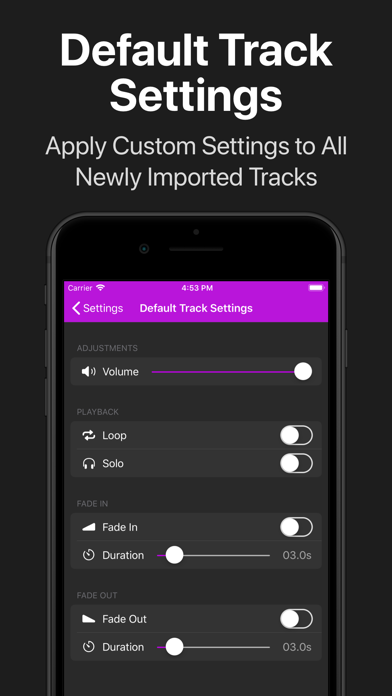 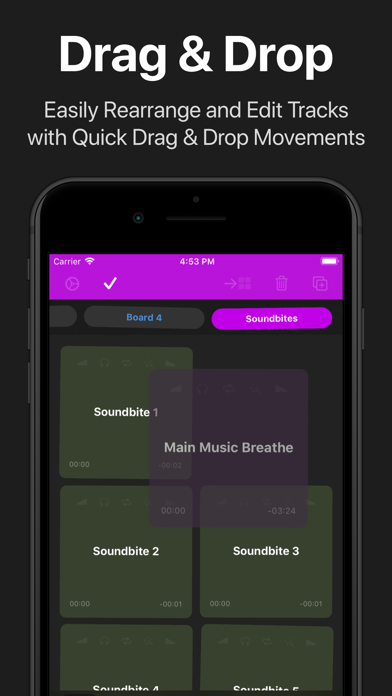 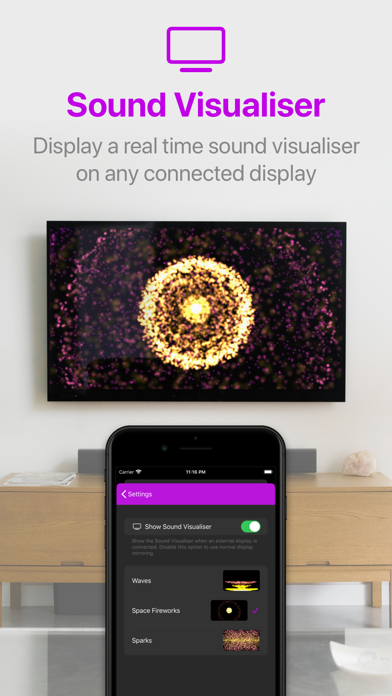