Rugby is a team sport that was created, or invented, in 1823, when an English schoolboy picked up the ball during a football (soccer) match and ran it into the goal. People found this hilarious and adapted this form of play into its own sport. While the origins of the sport are fairly ridiculous, nobody can argue that rugby has evolved into one of the toughest team sports to play in the world, rivaling American football and hockey in its physicality and speed. Rugby is also the ultimate team game. You may have a superstar on your team but he/she still has to work with the other 14, 9 or 6 players in order to score points. Make your daily conversations more fun and expressive with these rugby emotions. Have fun! 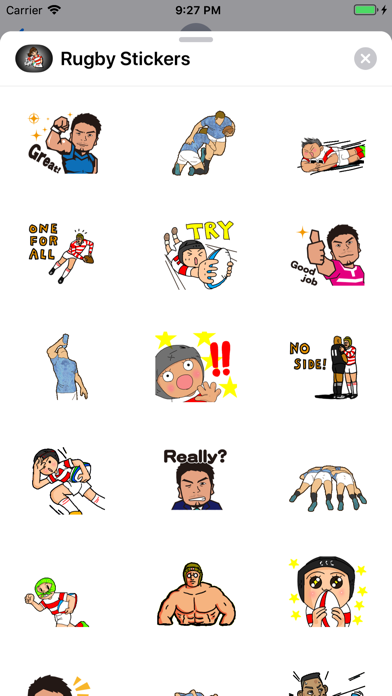 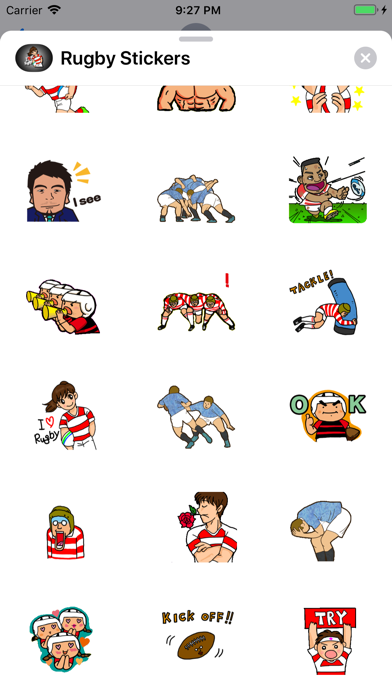 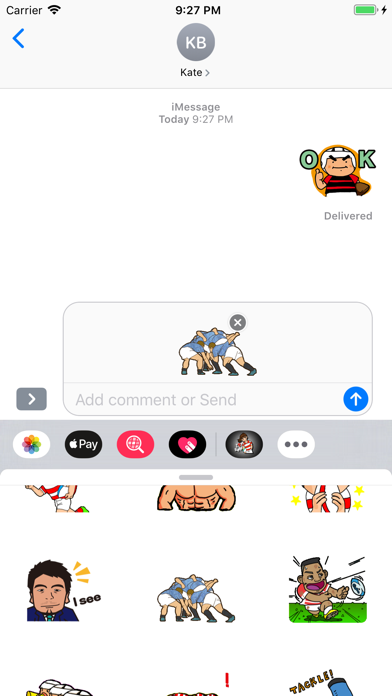 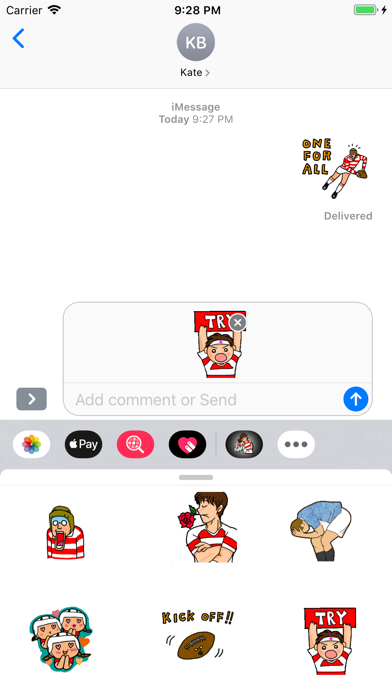